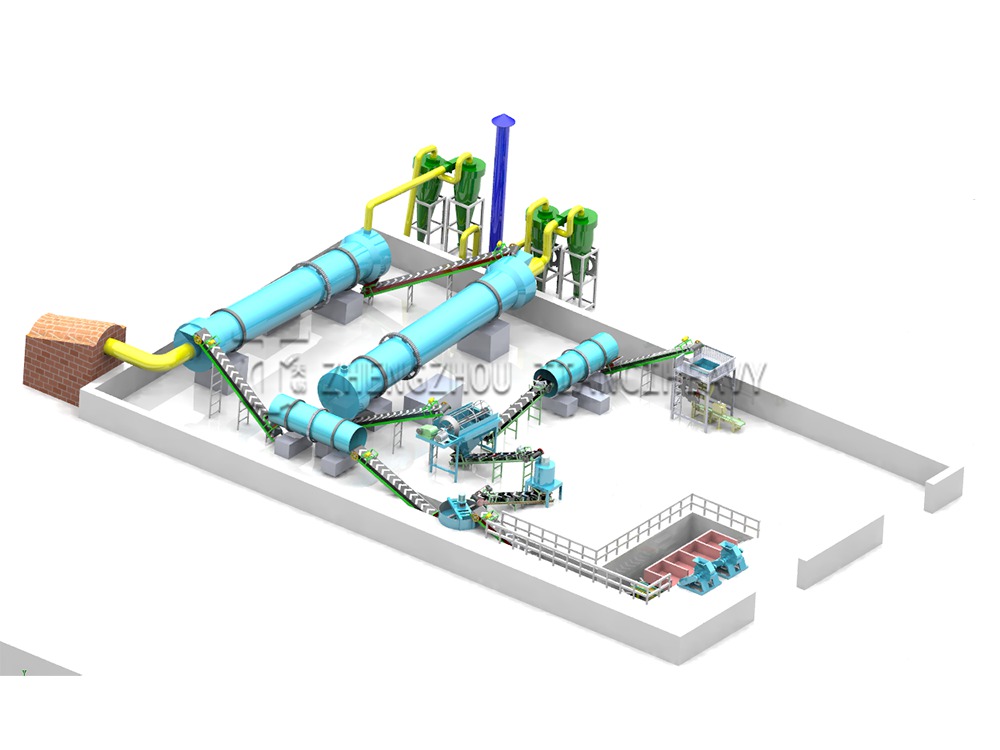 Choose NPK fertilizer raw dry powder to measure and mix as required, and use the binder as the cement to granulate in the Rotary drum granulator. The granulation of the dry powder mixture needs to be heated, and the amount of liquid phase is increased by adding water or steam and then agglomerates into NPK fertilizer granules in a rotating drum under rolling conditions. 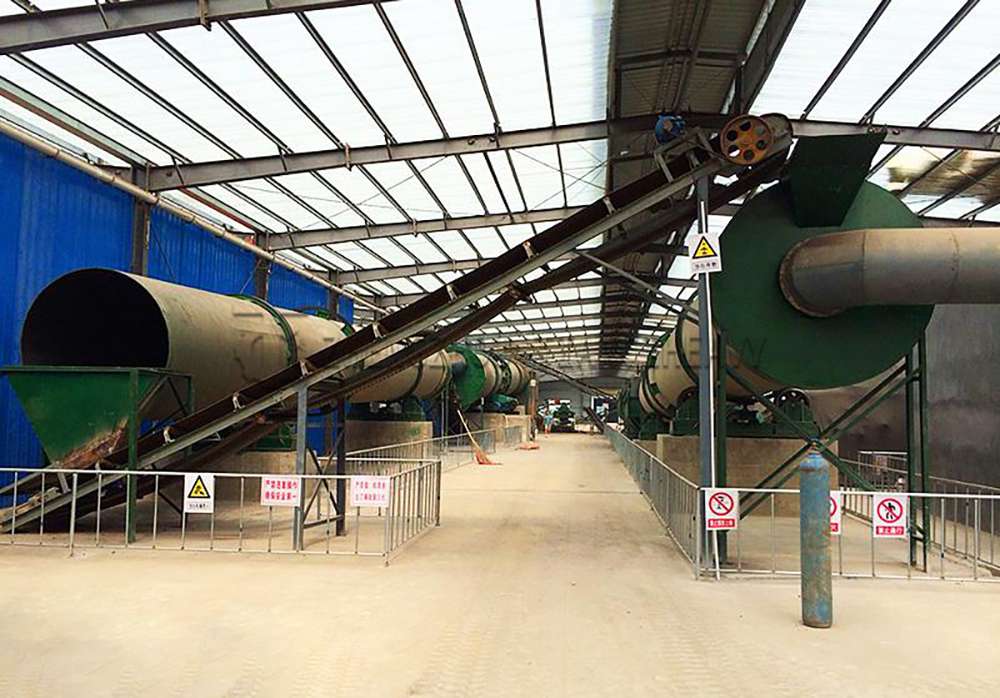 1. Transport qualified raw materials such as nitrogen, phosphorus, potassium, and filling materials to relevant weighing equipment.
2. The weighed raw materials are sent to the mixer for strong stirring.
3. Transfer to the material homogenizer and evenly add it to the rotating disc of the Disc pelletizer; sprinkle the liquid component or an appropriate amount of water on the material in the disc through the liquid component distributor of the disc pelletizer The rotating disc and the edge of the disc produce friction and centrifugal effect on the material, Make the material produce circumferential movement, make the powder particles rub and squeeze each other, gradually reunited into a ball. The ball, due to the difference in the mass of the particles, have different gravitational and centrifugal effects. When the gravitational and centrifugal effects are increased enough to overcome the friction between the particles, they will be thrown out of the disk, and the smaller particles will remain. Continue to agglomerate fine particles in the disc.
4. It is conveyed to the rotary dryer for heat exchange with the heat from the hot stove.
5. Transfer it to the rotary cooler, and cool the fertilizer by natural cold air or forced cold air.
6. It is transported to the screening machine, the fine particles after screening are directly returned to the material homogenizer, and the large particles are crushed by the pulverizer and then returned to the material homogenizer.
7. The screened qualified products are transported to the coating machine for coating treatment.
8. Transport to the automatic packaging scale for weighing, packaging and storage.
9. Drying, cooling, and workshop dust are evacuated and discharged after three-stage treatment by cyclone dust collector, labyrinth dust removal chamber, and wet washing. 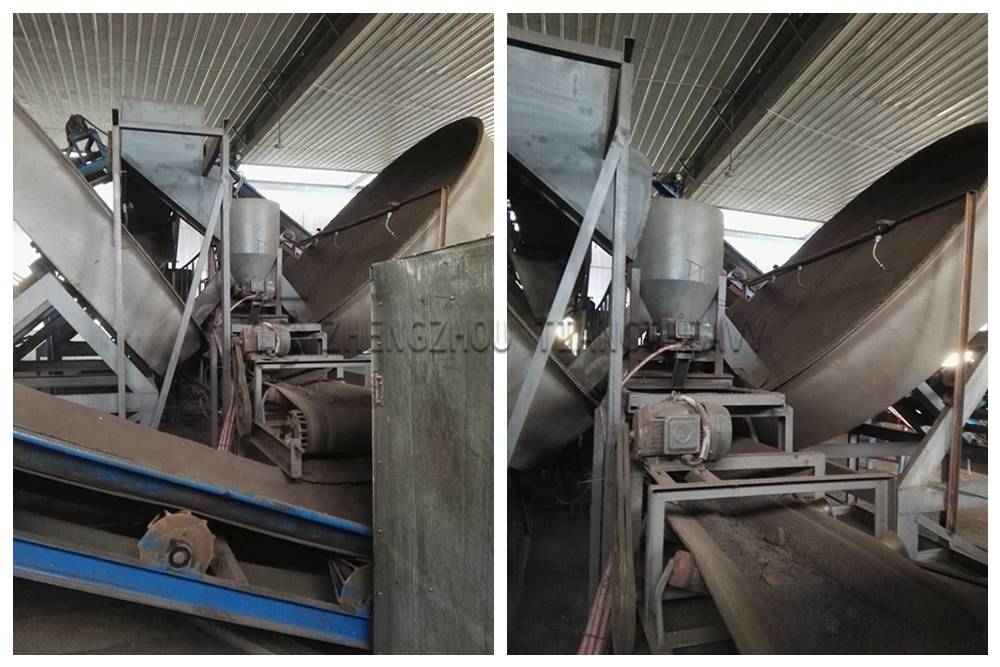 1. Storage, metering, mixing: fertilizer raw materials nitrogen, phosphorus, potassium, and other raw materials are transported to the storage silo by bucket elevator and belt. The number of storage bins, the complexity of metering and mixing techniques, are related to the number of components in the product formulation.
In the production of compound fertilizer, batch mixing operation is generally used. The raw materials of each component in the formula are weighed in the weighing bin. After meeting the requirements of the formula, they are all added to the batch mixer for mixing. A balance bin and a balance bin are installed in the system. The other devices after that operate continuously.
Trace elements can also be added to the mixer. In order to ensure uniform particle distribution of trace elements, a high-intensity mixer is used.
After the mixed material and the returned material are lifted by the bucket elevator, they are mixed with the returned material in the double-shaft mixer. The returned material is the unqualified particles after being crushed and screened. The ratio of circulating material to new material is about 35:65 (production). 1-4mm product).
2. Extrusion: The mixed fertilizer mixture is extruded by a roller press granulator, the principle of which is to shape the material by extrusion. The mixed material is fed into the gap between two roller shafts rotating in opposite directions through a vertical screw feeder. In the extrusion process, the pressure of the material gradually increases. When the gap between the two shafts is small, The material is relatively pressurized and then gradually reduced. During the extrusion process, the apparent density of the mixture can be increased by 1.5-3 times due to the reduction of the void volume of the material. The extruded product is generally a flat plate (large block) with a thickness of 5-20mm. The structure and size of the roller extrusion granulator are determined by many parameters, which are generally determined according to material properties and experiments.
3. Crushing and grading: The slabs formed in the roller extrusion granulator should be further crushed and graded to reach the required particle size. Beneath the roller extrusion granulator is a specially designed slab crusher, where the slab is pre-shredded into small pieces (flakes). The flakes are relatively easy to transport and can be further crushed by subsequent crushers. The crushed raw materials are divided into large particles, product particles, and fine particles on a multistage screen. The fine particles on the sieve are recycled into the mixer through recycling and then extruded into shape. The large particles trapped in the upper stage of the multistage sieve need to be further broken. After crushing, it is returned to sieving. In high-strength crushers, the softer parts of the flakes are crushed into high-strength and wear-resistant particles that are not ground during transportation and use.
4. Polishing
Typically, the product undergoes one or two steps of polishing. Irregularly shaped particles are rounded by a rounding roller to round the edges and corners. The fine powder produced in the polishing process is sieved (a layer of the screen) and then recycled to the mixer to continue granulation. When trimming, an anti-caking agent is generally added. 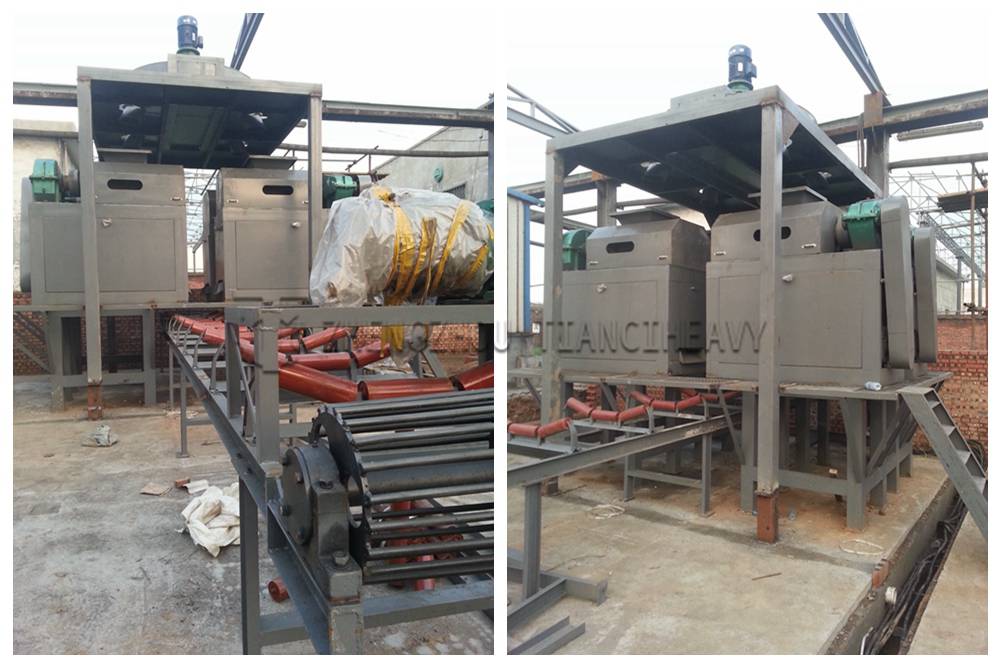 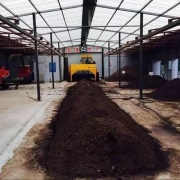 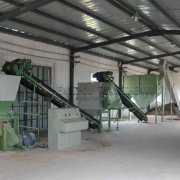 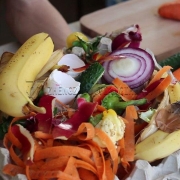 Tianci Heavy How to make fertilizer from food waste? 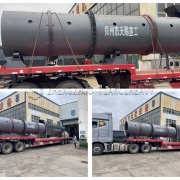 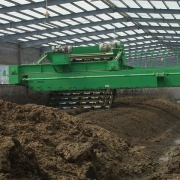 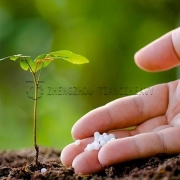 Tianci Heavy How is fertilizer made?