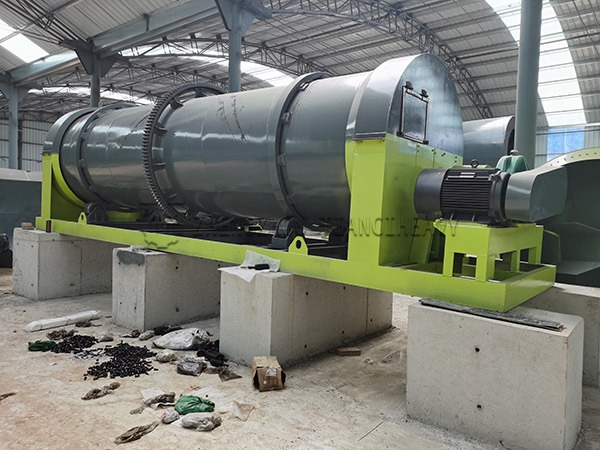 The new organic fertilizer granulator developed and produced by our company has a variety of specifications, and can also develop and produce other specifications of the stirring tooth granulator according to user requirements. The shell of the organic fertilizer granulator is made of thickened seamless steel pipe, which is sturdy and durable, and the stable base design makes it run more smoothly. 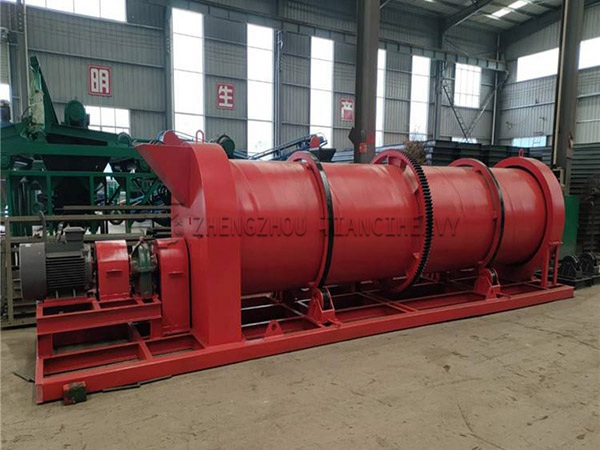 The granulator utilizes the mechanical stirring force of high-speed rotation and the resulting aerodynamic force to continuously realize the process of mixing, granulation, spheroidization, and densification of fine powder materials in the machine, so as to achieve the purpose of granulation.
The shape of the particles is spherical, the sphericity is ≥ 0.7, the particle size is generally between 0.3-3mm, and the granulation rate is ≥ 90%. The size of the particle diameter can be appropriately adjusted by the material mixing amount and the spindle rotation speed. Generally, the lower the mixing amount, the higher the rotation speed, the smaller the particles, and vice versa.

The granulator is especially suitable for the granulation of light and fine powder materials. The finer the basic particles of the fine powder material, the higher the sphericity of the particles and the better the quality of the spheroids. Typical application materials: chicken manure, pig manure, cow manure, charcoal ash, clay, kaolin, etc. It is special for granulation of organic fermentation fertilizer of municipal solid waste such as manure and urine of livestock and poultry, compost fertilizer, green manure, sea manure, Cakie fertilizer, peat, soil manure, three waste, microbial and other municipal solid waste organic fermentation fertilizer granulation specificity, particles for spherules.
The qualified granulation rate of the new organic fertilizer granulator is as high as 80-90%, and it is suitable for a variety of different formulas. The compressive strength of the organic fertilizer granulated by this equipment is higher than that of the disc granulator and drum granulator. The ball rate is less than 15%, and the particle size uniformity can be adjusted by the stepless speed regulation function of the machine according to user requirements. This machine is more suitable for direct granulation of organic fertilizer after fermentation, saving drying process and greatly reducing manufacturing cost.